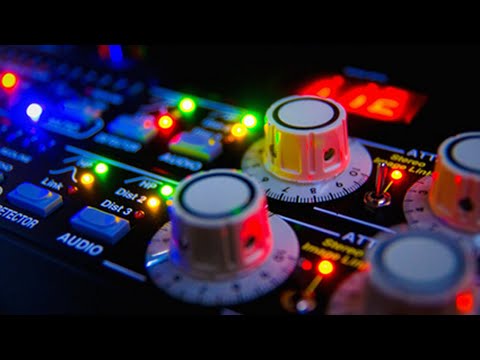 In this video, I’ll be providing an introduction to the use of compressors for audio engineers. I’ll be presenting this material at a foundational level for those of you that are new or inexperienced to using compressor.

I’ll talk about the basic functionality of how a compressor and also get into the key terms that are necessary to understand for using a compressor.

Now for an experienced audio engineer, a compressor is nothing more than a dynamics processor for loud sounds. I’ll get to what that means in a second.

Now, when you first open it up, it might be a little bit confusing about, well, what do all these controls do, and what can they be used for, and I’ll try and cover all that in this video.

They might look all a little bit different and seem like, well, I don’t really understand how this one works versus another one, but if you understand the basics of how a compressor functions, you can use all these different ones even if they have slightly different controls.

You can have compressors that are great for different situations in your mix. Maybe it’s good for compressing individual instruments. Or, you could use a compressor across your entire mix to compress all the signals when they are summed together.

Let me get to now, the topics to cover. I want to cover what is a compressor, how does a compressor work, and what can compressors be used for then, most importantly. To begin with, what is a compressor? In very common language, a compressor is a processor that deals with loud sounds. So what does it do? A compressor will detect when a signal that you have recorded is loud, and when it detects that a signal’s loud, then it’s going to respond to that loud sound by making the signal after that quieter.

To put this in language that an audio engineer would work, a compressor is a dynamics processor. It deals with loud sounds. It’s going to detect when the amplitude of a signal is greater than a threshold. That’s what it means when it detects that a signal is loud. Finally, it’s going to respond by attenuating the signal’s amplitude.

Let’s look at, how do compressors work? For those of you that are working with a digital audio workstation, hopefully a diagram like this isn’t something that’s too confusing for you. This is a signals wave form that you’ve recorded. This might be an instrument like a bass guitar or a flute that has a long, sustain. What you’re looking at is how the amplitude of the signal changes over time.

If this is our input signal that’s going into our compressor, what’s going to happen is the compressor’s going to actually analyze the signal to get out something along the lines of what’s called a signal’s envelope.

That looks something like this, where the black line, it just gets out kind of the average amplitude over time, and it’s going to work with the envelope rather than all these minor fluctuations in the signal.

There’s different kinds of dynamics processors that actually work with and detect the peak of a signal, but a compressor for the most part is just going to work with the detected amplitude of the envelope.

Let’s get into now how it actually works. First off, we have the threshold.

The threshold can be set a lot of times on a compressor. What’s going to happen is when the signal amplitude is lower than the threshold, the compressor’s not going to do anything.

Then there’s the part of the signal that’s above the threshold. During this part, the compressor in theory is going to decrease the amplitude.

How would this work in an example, then? We have our signal coming into our compressor, and initially it’s below the threshold. As soon as it goes above the threshold, how does the compressor respond? It’s going to attenuate it, but how much attenuation is it going to apply? This is where the ratio comes into play.

So to begin with, let’s look at a ratio of 2:1 that can be selected. What this means is that when the signal, the input signal is two dB above the threshold, or a level of two above the threshold, the output of the compressor is only going to allow a half amount of that amplitude to go through.

There’s been one important assumption that I’ve made throughout this basic example to begin with. That assumption is that compressors behave instantaneously.

In reality, compressors have controls that allow it so that it does not behave instantaneously. Let’s go back to this example when I looked at our ration of 2:1, and it looked like this.

As soon as that signal goes above the threshold, the compressor’s going to detect it, but then you’re going to say, well, wait a few milliseconds or a little bit of time before you get to the part where you are really attenuating the signal.

Each compressor can behave a little bit different on how the attack time works, and that’s what gives each one of them their own characteristics, but for the most part, you know the general idea is something like this.

Let’s look at an example where our signal looks a little bit different.

Here’s what you can use a compressor for in this kind of situation. One would be to have a sharp, a very fast Attack time that’s going to decrease the amplitude of the sharp transient at the beginning, and then also a very fast Release time, such that as soon as the signal below the threshold, it’s going to stop attenuating it.

What this is going to do is decrease the amplitude of the transient and allow the sustain to be relatively louder compared to the transient.

Another common thing to do with this kind of situation after the fact that you compress it is to actually apply what’s called Makeup Gain, and this is another knob that can show up a lot of times on a compressor, where you compress the initial transient, but what you want to do is bring up the overall level and change the dynamic range or the difference between the loudest part and the quietest part.

Another thing to do instead of using a fast Attack and a fast Release control, would be to use a slow Attack, where you tell the compressor I actually don’t want you to respond initially when the snare drum hits or the kick drum hits, that you want the Attack to pass through the compressor or the transient to pass through and wait a little bit of time for the Attack to kick in.

In summary, a compressor can be used to control how loud a signal is, how loud a signal can be. You can limit it and say ‘I do not want this signal to go above this level’. Many times, that’s a very useful application.

Finally, you can use compressors to enhance aspects of a signal’s envelope.

Hopefully, this gives you guys a better idea about the different controls and things that show up on a compressor, what you can use them for, and now all it means is just going and experimenting with a compressor in your actual mixes.

So good luck and hopefully you guys have a better idea now about how to use a compressor.