So I know what you’re all thinking…

…not another Loudness War level-comparison video! …but there is a specific reason for this one.

Most people agree that the Loudness Wars are a bad thing and that music that’s been crushed doesn’t sound as good as music that has been given a bit more room to breathe.

But not everybody, and in fact, I have often heard it argued that certain styles of music, for example: heavy rock – need that very dense, squashed, compressed sound that currently they all seem to have – and for some reason it’s Green Day who are often used as the example of this.

I don’t know where that example comes from, but this video is basically to show that’s not true.

The reason this has come up is that recently I saw a post on the “End The Loudness War” Facebook group from a guy called Michael, posting this picture here…

…showing the difference between the original CD release of “American Idiot” by Green Day and a new version of it that’s become available on HDtracks.com Now the main reason for HDtracks is actually to offer uncompressed 24/96 downloads of as much music as possible, and if you’ve read my blog or watched some of my other videos, you’ll know I’m quite sceptical about the benefits for most of us of 24/96 versus 16-bit 44.1kHz audio.

But I certainly think there is a benefit to having uncompressed audio and this master is a little bit different because it actually has more dynamic range.

It’s a remaster by Ted Jensen, which is a name that will be familiar to anybody who has been following the story of the Loudness Wars.

It was done 100% analogue, I understand, and has just been released so I was really interested in hearing how this sounded and I thought I’d show you what I found out.

So here are the 2 versions – no prizes for guessing which is which! We have the 2012 remaster down the bottom here…

…and we have the original CD release up at the top…

…and if you zoom in on the waveforms, its quite easy to see how that loudness has been achieved.

The original CD release was clipped fairly heavily. And you can see there was none of that on the reissue which seems like a good start.

They are obviously very different in level so the first thing you need to do to make a fair comparison is to adjust them – and what I usually do is listen to the loudest section of the song to do this.

So let’s have a quick listen…

This is the HDtracks’ version…

Let’s compare that with the CD…

So that’s got an RMS of more like -6 so that’s about 4 dBs difference.

So let’s try turning the CD down by 4 dBs to get a fairer comparison …and take a listen.

Incidentally, in case anybody decides that maybe the things that I’m showing in this video are due to the 24/96 format of the HDtracks version, I’ve actually converted it down to 16-bit 44.1 kHz.

So this is a fair comparison between these two.

The CD version still sounds fractionally louder to me, I’m going to turn that down… try -4.5.

I think you’ll agree they are fairly well matched in level now – and probably the first interesting thing to say is that the difference is not huge.

Depending on how sensitive you are to this stuff, you may be listening to those (and you can hear the slight skip when I move from listening to one version to the other) but you may not think that’s a massive difference – and I guess I might agree with you.

So one interesting thing is that even though this CD version at the top here has been quite heavily clipped and is 5 dBs louder than the 2012 reissue – there’s not enormous change in the sound.

Let’s listen to one of the other sections in the song, a quieter section just to see how that compares…

Now that same section from the remaster – the HDtracks’ version…

…now there I CAN hear a difference.

Listen to the drums – basically, listen to the snare sound as I flick between those 2 different versions.

So we’ll start with the HDtracks’ version…

Now there you can hear quite a big difference – and it’s an interesting difference because, to me, the CD version now sounds slightly louder – even though we balanced the levels up at the end here…

When we go to this quieter section the CD sounds louder and we would expect that this is because this has been pushed up harder towards the 0 dB limit at the top of the digital scale.

That might have been true in the past, personally I would argue that the open punchy quality to the snare in that section there on the more dynamic version was well worth trading 1/2 a dB of level for.

But of course now we have the new broadcast regulations for loudness coming into play.

They’re law in America, they’re being adopted here in Europe – and I predict they are going to move on to be used in consumer devices like iPods and other MP3 players in the near future.

So what I did is I measured the loudness of these 2 songs using the new R128 standard that has been adopted here in Europe which assigns an overall loudness to each song – and the numbers it came up with specify that according to this new method of measuring a song – there is a 5.2 dB difference in loudness between these 2 songs.

So if these 2 versions were played side by side on the radio – this louder one would be turned down by 5.2 dBs to fit the loudness requirements for broadcast.

So now let’s compare those two with THAT adjustment.

This is the CD version…

You can hear and see the difference on the meters there very clearly.

The CD version, when the levels are balanced with this method sounds quieter than the more dynamic version, and to me it suffers in comparison.

I want to just show you that difference using one other method – which is a new loudness meter that has become available called LCAST, made by MeterPlugs.

And it’s very similar in terms of the information it gives you to the Nugen “VisLM” Meter that I’ve used in previous videos.

The nice thing is, as you can see…

I can zoom in and out – and tweak the scale of the loudness range.

And what I want to show you is the change in loudness in one of the sections of the song on this meter so you can see how the R128 standard measures these 2 songs.

Sp first of all we’ll do the CD version, and I’m going to zoom in as the meter allows me to get plenty of resolution.

…and you can see that immediately the HDtracks version has at least 1/2 a dB if not 3/4 of a dB more loudness in the louder sections.

These quiet sections are very similar in level when the two are balanced in this way – and that’s a visual and technical confirmation, if you like, of what we just heard and saw maybe a little less precisely on the TT Dynamic Range Meter.

The more dynamic version has more loudness range to play with.

It has more impact in the louder sections and even if you don’t hear a huge difference between those two – I think you will agree that the CD version of the track doesn’t sound any better, they sound very similar.

When you listen for longer periods of time, you may not be able to pick this out on YouTube – you really start to notice the distortion and the lack of impact in the snare on that original CD release.

I think that’s a real shame, it achieves nothing, especially in future as this loudness standardisation becomes more widespread – but I think it certainly proves the point that heavy rock music like Green Day doesn’t “need” a super-compressed, super-limited, super-dense sound! It sounds fantastic, and you can probably imagine, I’m delighted by this.

This is exactly the kind of remaster that I was hoping for as a result of initiatives like HDtracks and Mastered for iTunes.

Whether or not you agree that the 24/96 format offers any audible benefits – there is no question that more dynamic masters can sound better than less dynamic versions.

Examples like Jack White’s “Blunderbuss” with a dynamic range of 10 dBs getting to Number 1 in the Billboard charts prove that, and I just hope, we see more releases like this in the future.

My name is Ian Shepherd, I hope you found that interesting.

www.productionadvice.co.uk Please head over and check it out!

Pure2 Signal Path For a Typical Mastering Set Up 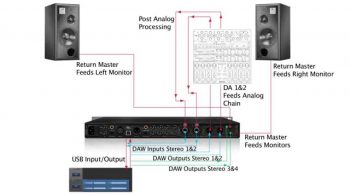 Pure2 Signal Path For a Typical Mastering Set Up 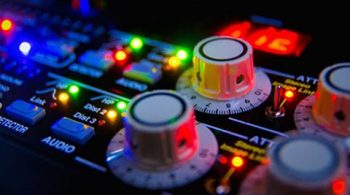 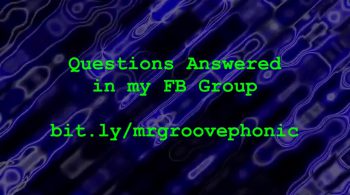 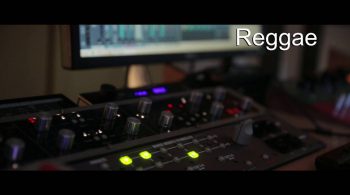