— Beyoncé! winning Album of the Year and more awards than any male artist.

But apart from performers, women don’t get much recognition in the music industry— because they’re barely even represented.

In music production, women make up less than 5 percent of producers and engineers, meaning almost every song you hear is produced by men.

A group of four female producers sat down with Mary H.K. Choi to explain why.

— What are some of the politics inherent in getting a producer credit? — What happens in today’s forum is a lot of artists don’t write a lot of their songs.

And the majority of them that are more like the Patti Smiths, Chrissie Hyndes, they’re at home, rocking out, and don’t need anybody’s approval.

And so, they don’t come out.

— The few times that I’ve done sessions, like, for other people you show up and, I think, for example, at least me, I think people more perceive me as an artist than a producer.

And people will actually not believe that I do it because of this.

— Why do you think it’s important to just own everything that you make? Because you very pointedly do.

— You know, there is that level of wanting to show that you know exactly what you’re doing, because you are female and you’re going to be held at a higher standard.

So, when you go into those environments, especially if it’s out of your comfort zone, you want to have your shit together.

— Do you ever feel, like, an onus to be like, “I have to level the playing field in this very specific way?” — No. If I don’t find them good musicians, then I don’t feel as though they deserve to get raised up more than someone else.

I view myself in the same way.

I’d rather be in someone’s top 20 producers, I’d rather be the 20th person than someone say, you’re my favorite female producer.

— How many times has someone been like, “You’re my favorite female producer”? — All the time.

I feel as though I have to overcompensate, so I’m very public about, like, this is music technology I’m into— I’ve done tutorials, I let people see all my sessions.

And yet, to some degree, when I look at myself do that, I’m like, I shouldn’t have to.

I mean, sharing knowledge is fine… — It’s annoying because dudes won’t share knowledge— like, if I’m in a session with someone, I’m like, “Oh, what are you using?” or whatever, and they’re like—don’t want you know.

— But, also, I think they have a community.

Like, when you see Rick Rubin in footage with, like, Jay-Z and Pharrell and those other producers, my first thought is, well, how come females aren’t doing that? — I’ve actually been thinking there should be, like, a music union or, like, a women musicians union or something that—you know what I mean? Something where it’s, like, where we can recreate like what they have.

— How important are the Grammys to y’all? — Accolades? I love those.

Give me a trophy, I’ll take it, you know, because it gives me an opportunity to get in front of a bunch of people and tell them how I really feel.

— Okay, so, because I tried to apply for Producer of the Year for the Grammys this, or last year, and they wouldn’t let me, because I’ve never— I hadn’t worked on anyone else’s album.

— I think it can be discouraging, if a young girl has aspirations of wanting to go into production and looks at the Grammys and goes, “Well, there’s no one that’s female, and there’s no one that looks like me.” “Why in the hell would I think I can be successful in that arena?” — How high does your pain threshold have to be in order to do this? — I think you have to have pretty thick skin, generally, to be in the entertainment industry.

— Especially with the internet comments.

— It’s like, to even defend ourselves, we have to, like, get death threats and all this shit and it’s just like… — How often do you get death threats? — Well, I’ve disabled everything for, like, a year now so I don’t know.

— So do you think that the press is largely complicit? — The press is fucking so complicit.

— I’ll say this—if I said the things about male artists that they say about me, I, like, wouldn’t have a career.

— It’s not just male journalists, though, ’cause I feel like patriarchy has no gender in that sense.

— Yeah, no, female journalists get mad, too.

— Jesus. This is all really bleak, you guys.

— It’s really easy to feel undermined and… maybe we have to pay a higher price than our male counterparts.

But we’re we’re doing that.

And then the next generation may not have to as much.

— We just need to focus on the positive. 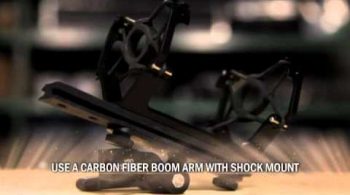 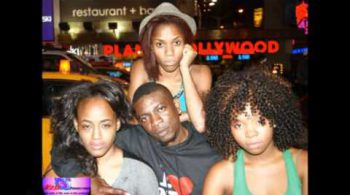